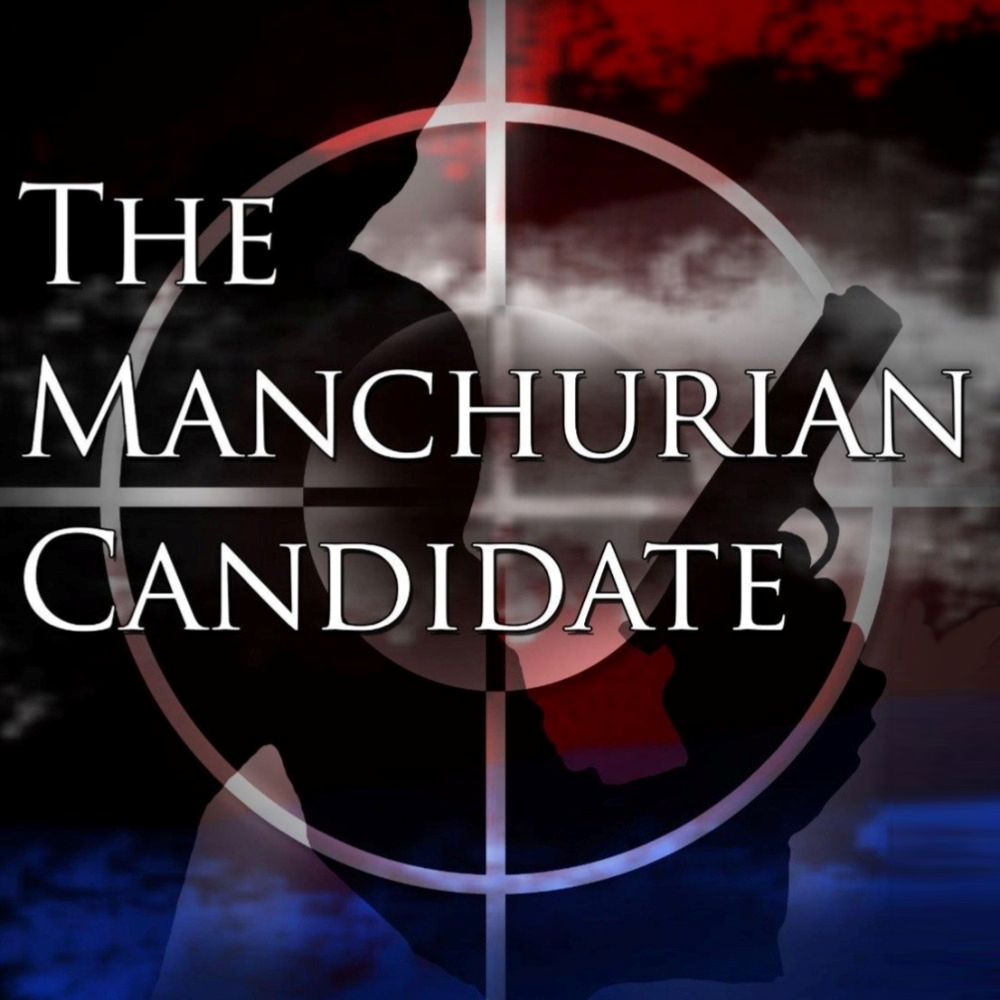 It’s regretful when a people so united at the best of times become so split at the worst of times, yet more disturbing is the fact that for all of the tribulations which we have endured over the years in an effort to gain recognition as a stand alone people worthy of a republic to call our own, and the lessons learnt from attempts to manipulate our cause so as to discredit it, or, condition others to believe that we indeed are part of a larger Balkan family of nations, we have learnt very little if nothing at all.

I implore you to read on.

This editorial is not directed in support of either the pro or anti vaccination lobbies within our communities, it is aimed squarely and clearly at exposing a situation which has now become a wedge between friends, families, and patriotic Croats in this country. Who while having the best of intentions have either failed to realise, or, have been grossly mis-informed with regard to a number of issues. It will also expose a situation which either by chance, but in my opinion and all likelihood, has been orchestrated with almost tactical perfection.

Some two years ago, prior to the outbreak of Covid-19, a relative calm had descended across this nation regarding the ongoing differences between the Serbian and Croatian communities, the war had passed, a so-called peaceful existence ebbed across the southern European landscape, and each side was more concerned with its internal politics and policies as opposed to what was transpiring across its borders. Or so we thought.

In Australia, while Croatians were elated as their Soccer and other sporting teams exceeded expectations on the world stage, and the prospects of travelling home to our sunny shores was an ever-present prospect annually, within the other community, silent yet steady nationalist conspiring and networking was underfoot. What we were in the late 1980’s early 1990’s was no more, the mantle of a well organised determined and innovative diaspora now belongs to those brandishing Chetnik caps and openly flaunting the legitimacy of their nationalistic pride at events such as the Anzac Day marches.

That time, a year before Covid-19 appeared, a number of articles in the Australian press attempting to expose the hypocrisy of this ANZAC day participation by Chetnik representatives from the Serbian Chetniks Ravna Gora, Bonnyrigg Parish and Sports Club in New South Wales resulted in a temporary suspension of their participation and then a decision by the RSL to recinder it, yet the articles kept coming.

As it unfolded, a cold war type game of cat and mouse unfolded, indeed, a number of Croats in this country were taunted and even threatened for apparently being behind the push to expose this hypocrisy and put an end to it. But to no avail.

There are those within our zajednice who have monitored this situation, and while we may not be on the whole as nationalistic as we once were in our views and determinations, we do however still maintain a level of intelligence as to what transpires around us and what those from across the Drina here and there aspire to.

If you are wondering where all this is leading, you need not wait much longer, its about to become clear.

The Bonnyrigg Chetniks along with their franchise sister groups around Australia have in recent years developed strong ties with the likes of the Greek based Golden Dawn (An ultra-right wing faction and political group within Greece and its Greek Diaspora) along with other alliances such as the Russian Separatist group in the Ukraine. So much so that numerous conferences both here and abroad have been held between the three entities culminating in virtual conference forums with the likes of convicted war criminal Vojislav Šešelj.

Attempts by Serbian elements of the Serbian community connected to the afore mentioned groups in this country to infiltrate the Australian Croatian Diaspora have been in the main fruitless, we have been effective in identifying individuals attempting to do so such as members of these groups attempting to join our online social media networks, key members of these groups, not common Serbian community individuals, let me make that very clear.
And this web site you are now reading this editorial from sustains no less than 15 hacking attempts per week, surprisingly these hacking attacks originate from St Petersburg in Russia.

For the better part of the last decade, one individual in particular, an ally of the Bonnyrigg Chetniks has been a vocal participant at their internal rallies, commemorations, conferences and even ANZAC day participations, the gentleman in question is known today as the Aussie Cossak, one Mr Simeon Boikov.

While he has gained a following among the general Australian populous, he has also managed to win the admiration of many a Croat in this country for his anti-Government, anti-Police, anti CFMEU, anti-almost anything stance, and most recently has taken up an anti-vaccination stance.

Unbeknown to the vast majority reading this is his anti-Croatian stance. Indeed, he has openly pledged brotherhood with the Australian and Serbian Chetnik movements, recognises Vojislav Šešelj as a brother in arms and pledges allegiance to him as a leader in both the political and military sense and has attempted to infiltrate the Croatian community numerous times through certain individuals and opportunities.

There are those among us who are well aware of this and can verify this as being true and correct, however I will not call them out due to the implications of doing so, they can decide if they wish to chime in on this topic.
What proof do I have, well I have loaded some material along with a film clip which were all in the public domain at one point or another, and I will let you the reader judge the merit of the stories they convey for yourselves.
But in case the audio may not be clear enough in the video clip, let me transcribe what was stated to the camera “Jebem ti tristo hrvatske majke” or “Fuck three hundred Croatian mothers” This was filmed some time back at a Ravna Gora function in Bonnyrigg.

The following transcripts were issued by Simeon Boikov himself after an international tele video conference with Vojislav Šešelj which was also held at the Ravna Gora Bonnyrigg centre, I will let his own words and revelations speak for themselves.

In recent months, Mr Boikov also attempted to insert himself into the CFMEU debate here in Victoria, this however didn’t succeed even though he took a stance of being the common workers comrade in the debate and secured support from some unsuspecting Croats. His attempts to assist in the character assassination of John Šetka which I believe, as do many others who were aware of his past and his affiliations, was aimed squarely at dividing the Australian Croatian community.

It is the belief of many among us that he is indeed “The Manchurian Candidate” (A colloquialism or analogy for an infiltrating personality with a hidden agenda relying on popular support under a contradictory stance) sent in by the other side to gain support, respect, and admiration from Croats in the community while ultimately having the mandate of his allies to cause dissolution between our ranks and weaken us.

What better way than to use the tactics of 50 years ago practiced by the Yugoslav UDBA upon our community here in Australia.

This being the case, the question then that is posed is this, should Croat and Serbian Chetnik flags be seen shoulder to shoulder so to say at rallies and demonstrations regarding the vaccination debate?

I can’t stop anyone from carrying our flag, be it even the current one which has little meaning to me other than for those who shed blood and gave the ultimate sacrifice in the countries liberation and independence beneath her. We are after all part of multi-cultural Australia, a key part of its makeup as a community in its fabric and development, and yes if a Croat feels a need to show their cultural support on a topic or debate so be it, but don’t raise it shoulder to shoulder ahigh with a symbol representing those who would have you and your like buried much like our ancestors.

Should we as a community display more caution as to who we support and follow before we unfurl flags and have selfies taken with a possible Manchurian candidate with a hidden agenda and distaste for all we represent?

This is our collective mistake, post 1992 we allowed a so called political moderate party in Croatia (HDZ) to dismantle our nationalism and we now question why as a country we along with our fellow citizen brothers and sisters in Croatia are so discriminated against on so many levels. That moderate attitude has slowly spread in the Diaspora like a cancer which we are losing time to rid and defeat ourselves of.

Into a debate and siding over vaccinations has crept in a support for a tennis player on the premise that he is an anti-vaccination champion on top of being a tennis champion. Said player only a month ago was reported in the press of having spent 3 days in Banja Luka with one Milorad Dodik and a group of other known Chetnik’s in discussions, not to mention his advertisement of a whiskey crafted, named and carrying an image of Chetnik Draža” Mihailović.

Let’s not forget the three finger Chetnik salute upon winning every single one of his 20 Grand Slams. If Boris Becker had raised an extended arm and hand to the crowd each time he had won an open, don’t you think that the Jewish community would have been up in arms over it? But no, we don’t flinch at all.

Any question as to his neutrality regarding Serbian nationalist extremism and the fostering of good faith between himself and the Croatian people and state should be put to rest immediately, however, if his opinion on a subject, a single subject at that, complies with one of ours, we are happy to turn a blind eye, sorry I can’t shove that in my pipe and smoke it.

Many of us are in the age bracket where we have either single teenage or adult children, the mere idea of them attending a brotherly loving multiethnic Balkan Čajke dance party is inconceivable and an abomination, yet many of our own generation are happy to pick up a flag and march shoulder to shoulder with our adversaries’ insignia. I am not talking about a social distancing margin of 100 meters, I mean shoulder to shoulder as has been filmed and photographed more than once.

It sends a clear message that things have changed, that there is a calming of relations, when in actual fact to me, it’s a Covid Čajke Dance demo.

Its time we give ourselves the same lecture we give our kids, think twice, look around, assess the true situation, but stick to your own no matter your convictions on a single topic because there is much more to the greater story than a single sentence.

4 thoughts on “The Manchurian Candidate – And the Croatian Vaccination Question”