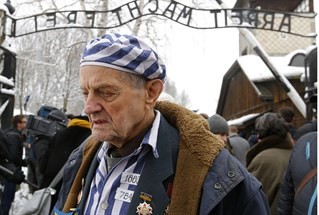 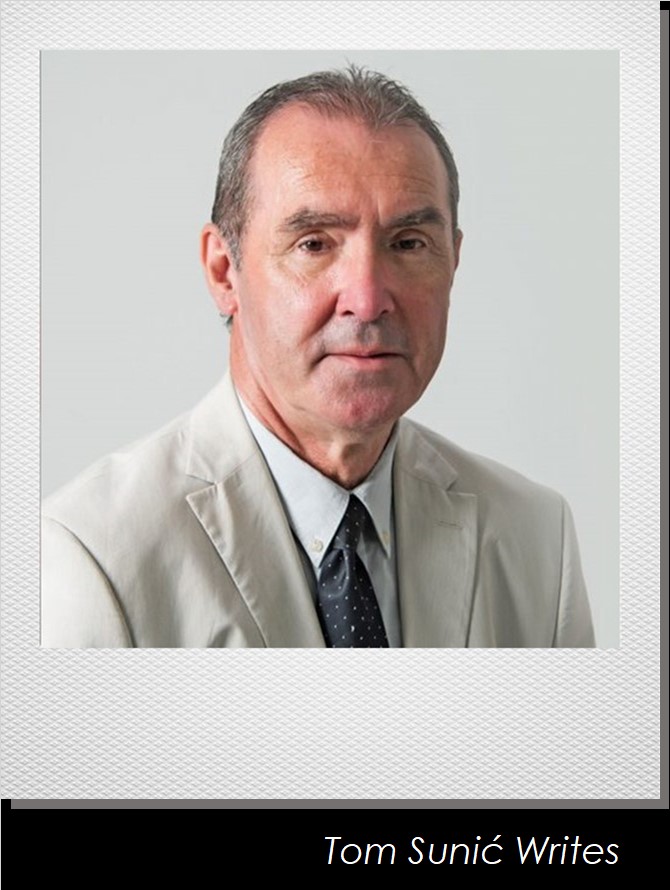 The following is an article by Tom as it appeared in the Israel National News on January 30th, 2015

Days and months of atonement keep accumulating on the European wall calendar. The days of atonement however, other than commemorating the dead, often function as a tool in boosting political legitimacy of a nation – often at the expense of another nearby nation struggling for its identity.

While the media keep reassuring us that history is crawling to an end, what we are witnessing instead is a sudden surge of new historical victimhoods, particularly among the peoples of Eastern Europe. As a rule, each individual victimhood requires a forever expanding number of its own dead within the context of unavoidable lurking fascist demons.

Expressed in the postmodern lingo of today, the modern media-made image trivializes the real death and dying into an image of a hyperreal and surreal non-event. For instance, the historical consciousness of Serbs vs. Croats, Poles vs. Germans, not to mention the victimological memories of the mutually embattled Ukrainian and Russian nationalists today, are becoming more “historical” than their previously recorded respective histories.

It seems that European nationalists do not fight any longer for their living co-ethnics, but primarily for their dead. As a result, as Efraim Zuroff correctly stated, “in post-Communist eastern Europe, [they’re] trying to play down the crimes of the Nazi cooperators and claim that the crimes of the Communists were just as bad.” (AS,” Top Nazi Hunter: Eastern Europe Rewrote the Holocaust,” by Benny Toker, Ari Yashar, January 27, 2015).

Yet Zuroff’s s remarks, however sharp, miss the wider historical context. Any day of atonement or, for that matter, any day of repentance on behalf of a victimized group, is highly conflictual, if not warmongering by its nature.

It was in the name of antifascist victimology and their real and surreal fear of the resurrection of the anticipated fascist Croatia, that local Serbs staged a bloody rebellion in Croatia in 1991. It was in the name of their own post -WWII victims, killed by the victorious Communists on the killing fields of Bleiburg in Austria in May 1945, that Croats, forty-five years thereafter, began their war of secession from the Yugoslav grip. The Ukrainians still nourish the memory of Holodomor, the Poles nurture their memories of Kaytn, the Cossacks commemorate their victims in Linz, the Russians have their numerous Kolymas, the Germans their Dresdens — locations standing not only as memorial sites, but also as symbols of just retribution in the eyes of the Other.

Crimes committed by the Communists in Eastern Europe during and after World War II were not just Allied collateral damage, or a freak, unintended accident, but a planned effort to remove millions of undesirables.

Almost by definition this raises time again the painful symbolism of Auschwitz, a locality standing not only for a specific historic and clear-cut site of large-scale dying, but also as a didactic location designated for teaching the world the meaning of worldwide tolerance. Of course, the liberation of the Auschwitz camp by the lauded Soviet troops, raises a side question regarding their previous itinerary, especially if one considers that millions of East European and ethnic German civilians were either displaced or killed by the very same Soviet troops on their way to Auschwitz in January 1945.

How genuine were the tears of European statesmen and politicians at the recent commemoration event for the Auschwitz dead will remain a matter of wide speculation and wild guesses. Suffice it to note that if one were to take a peek into the recent history of France, in 1940 the entire Communist and left-leaning intelligentsia sided with the pro-fascist Vichy regime. Of course, in the aftermath of WWII it became politically expedient for the French intellectuals to posture as ardent philo-Semites and learn hastily the antifascist vulgate.

Another case in point are modern Croat politicians, who almost without any exception, prior to 1990 were strong advocates of the unity of the Yugoslav Communist state, as well as staunch purveyors of the socialist “self-managing” economy — only to rebrand themselves shortly thereafter into either rabid nationalists or Brussels-gravitating free marketeers.

The same feigned mea culpa scenario can be observed today among the German political class which had gone a step further, as seen in the recent verbal gestures of ex-president Horst Köhler and acting president Joachim Gauck, the latter of whom stated that “there is no German identity without Auschwitz.”

One can thence surmise that without the memory of Auschwitz, EU politicians would likely be in goose-stepping unison, marching to the enchanting tunes of Giovinezza or the Horst Wessel Lied.

Some scholars seem to be well aware of the mendacious mentality of contemporary European politicians. As Shmuel Trigano notes, “while setting itself up as “new Israel,” the West recognizes in Judaism a factual, if not a juridical jurisdiction over itself.” His words signify that the West has become “Jewish “to the extent that for centuries it had kept denying the Jews their identity. It follows from this that the strange verbal construct “Judeo-Christianity” is not an elusive and dangerous oxymoron at all, but rather a symbol of self-defeating and false identity.

On the one hand, the latter day European victimologists nurture latent anti-Jewish feelings, while on the other hand, they continue formulating their ethical ukases and legal judgments almost exclusively on secularized teachings of the Hebrew sages.

Since the end of the cold war, the political class all over Europe claims its own bizarre brand of antifascist victimology by resurrecting the fascist straw man, as if the invocation of the fascist demonology could exonerate it from its fascist past and possibly give it a free pass in the eyes of Jews. It appears that liberal democracies in the EU and the USA cannot function at all without regurgitating fake philo-Semitic terms of endearment on the one hand, while indulging in a false self-denial on the other.

It might be worth considering setting up an international interfaith conference where scholars of different ethnic and intellectual backgrounds could discuss both the positive and the negative sides of different victimhoods. As of now, diverse and often conflicting victimhoods are not likely to bring about genuine reconciliation among different Europe peoples, let alone solve the rapidly emerging war of victimhoods in the increasingly racially fractured and balkanized European Union. Self-serving victimhoods only exacerbate the false prejudices of the Other and lay the ground for new conflicts.