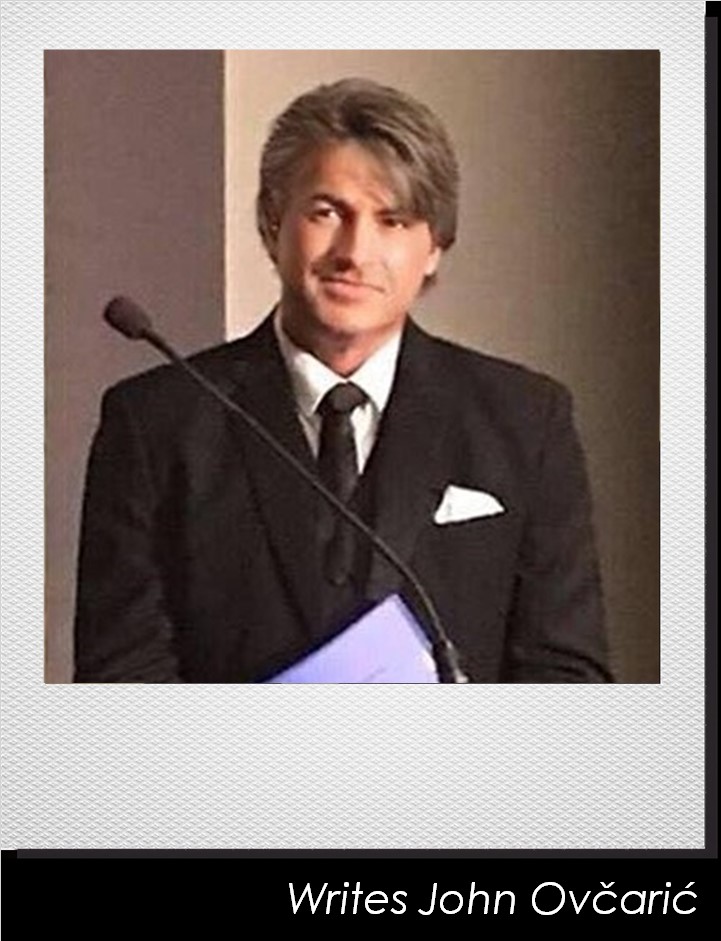 In 1999, I sat quietly in a cinema watching “The Matrix” and while this was science fiction in terms of a young man’s awakening to the realities around the manufactured existence he was led to believe was his reality, it wasn’t until Sunday the 24th of September that I too realised that all that we had believed was factual was possibly nothing less than manufactured and scripted in terms of our sovereignty.

What is sovereignty? Simply, “The full right and power of a governing body over itself, without any interference from outside sources or bodies”

Was our sovereignty earned or manufactured? The immediate answer is yes, the truth is it was not, and the following is difficult to put to word as I am still reeling from what I listened to this past Sunday the 24th.

3 years prior to the fall of the Berlin war, a few short years after Lech Wałęsa led a revolt against the Polish communist regime, with the resounding cry of the Polish workers in 1983 of Solidarność  (Solidarity) ringing in the ears of communists globally, while in the Vatican, Polish born Pope and endeared friend and religious leader of the Croatian people “Pope Saint John Paul I” watched on while President Reagan and Soviet General Secretary Gorbachev addressed each other’s citizens in direct messages post their Reykjavík Summit. These were messages of hope collaboration and a raft of sweeping changes globally and it wasn’t long thereafter that Reagan called upon the Soviet leader during an address in front of the Brandenburg Gate with the now historic words “Mr Gorbachev, tear down this wall!”

For those that lived through the 1980’s these are all snapshots of an endless daily stream of changes that took place around us, sometimes small and seemingly insignificant, at other times major and dramatic, all at a time when the internet was a communications platform conceived by the U.S. in case of nuclear global Armageddon, and the nightly news on TV or via a newspaper which had had 10 previous readers and was found in a train carriage left there for the next passenger to read.

This was the time that marked the start of the end for communism in Europe at least, and like a single domino sitting on a table adjacent to an open window, for a time the breeze swayed it and we watched in anticipation for it to topple, and eventually it did setting off a cascade effect across Eastern Europe. As Croatians in the Diaspora, our domino stood in anticipation toward the very end of the assembly and it was to be a number of years before finally it fell, however in 1986, our enemies were well aware of the chaos that was about to unfold, and the following is something every Croatian no matter where they may be, needs to understand as being the lie we were fed and the lie we live.

A meeting of the Central Committee for all Communist Parties of the individual states of the SFRY was held in the Slovenian Capital, apart from their clandestine communist orders of business, a report by the SFRY was also slated to be presented and discussed. This report marked the end of Yugoslavia.

How am I aware of this you may ask? well on Sunday the 24th I attended along with many others, the majority of which had Australian Seniors cards in either their wallets or purses, a presentation by Roman Leljak who discussed not only the largest mass genocide grave of Croatian’s at the end of WW2, but also to what extent UDBA had infiltrated and reported on Croatians in Australia.

Both subjects deserve greater focus and I hope to write about them in the coming week, however as obscure as it was, being at the very conclusion of his presentation, Leljak went on to discuss something I wasn’t expecting but had heard conspiracy theories about many times before, now those conspiracies were about to become alive.

Leljak advised that as part of his relentless research he had come across many documents outside of his passionate period of study being the years during and post WW2, among these he had uncovered official party documents of which contained the report presented by UDBA that day inclusive of a number of recommendations put to the committee, the following, devoid of names as I wasn’t recording the presentation he gave, details what was discussed, recommended and ultimately what transpired as a result.

Everything you hold to be historical fact is about to be challenged.

The report in essence detailed analytical work that had been completed by UDBA on the state of affairs in Europe at the time and the obvious revolt that was slowly, but with growing momentum and fortitude, presenting itself regarding the stability of Communist block regimes in Eastern Europe, it presented overviews and ultimately the revelation that at best, keeping in mind this was 1986, that the SFRY at best had 6 years of life in it and that its collapse was inevitable giving the Yugoslavian regime a shelf life that would not exceed 1992 at best.

What the documents went on to detail, apart from the fact that they predicted with a high degree of Nostradamus like accuracy that the regime would be toppled, were the recommendations put forward to sustain the regime past that point in time.

The first of the two recommendations was simply a proposition that the regime increase the authority, manpower, and infrastructure of UDBA so as to quell any insurgent attempts to destroy the regime, we are talking about a massive investment into UDBA which would well had doubled its overall stature and capabilities. Nevertheless, UDBA also conceded that by doing so it was sure that once the eventual end came, that the ferocity of retaliation against the former masters would be far greater, vindictive and explosive than had the collapse been allowed to take place at its natural pace.

This in itself was as much terrifying as it was unworkable, as we are all aware, it was the economic stress that forced the Soviets to yield unable to compete any longer with a resurgent Reagan led economy that put the cold war race into overdrive, Yugoslavia’s economic outlook worsened by the day as a result also and this left any such plan untenable.

The second proposition however was, and I say this whole heartedly, brilliant, while the reality of it should scare us all even in this day and age as it involved the creation of a Matrix just as the one Neo dwelled within and which we today do also.

UDBA proposed that it become the purveyor of democratic reform!

Yes, the purveyor, and in so doing to take full control of two critical functions, the first being full control of democratic reformist political parties, of their design, and the secondly full control of any newly formed republics monetary systems, namely the banking institutions. This was not an ideological political last gasp attempt at retaining power, it was a calculated plan to protect those who were part of the regime, their families, their status, their accumulated wealth, and misdemeanours, and if we were to choose a single word to describe the threat in totality and clarity, it would be Lustracija!

How can this claim be made? Simply, because the man has the documents, but even more spine chilling is what was uncovered in Slovenia once an investigation was carried out as to the legitimacy such treacherous plans in light of the democracy that unfolded in Slovenia after their declaration of independence.

Unlike Croatia who have not opened their archives, in Slovenia and Serbia for that matter of fact, they have been, and these are the sources for much of what Leljak has brought to light. Some time ago he produced no less than 4 books that constituted a series or volumes within which are the names, birth, death and other relevant identifying features of 60,000 individuals who were part of the Slovenian UDBA, each entry with an accompanying photograph of the individual. Slovenia has well long gone down the path of Lustracija in revealing these state henchman’s identities, we in Croatia have not.

Subsequently, once you know who they are, you can profile their movements out of totalitarianism and into democracy as so when the heads of the banking institutions and Government offices were investigated it was exposed that they had all previously been high ranking UDBA officials. In Slovenia, at least the “UDBA Matrix” has been exposed.

General Glasnović time and time again proclaims in Sabor (Parliament) that millions had been misappropriated and drained out of the former Yugoslavia prior to its collapse into bank accounts in Lichtenstein and that these funds were now being poured back into the country under the control and to the financial benefit of past UDBA operatives. We hear these allegations and while they are sensationalist we tend to ask where is the proof, well the proof exists, in Slovenia at least, but the exact rat lines if I can call them that, of the Croatian UDBA are guarded.

We need only look at a Stipe Mesić who masqueraded in the Diaspora as a evangelist for the right, who played on the emotions of people promising that the truth about Jasenovac would be revealed almost implying he would turn the first shovel of earth himself, yet even within the past few hours, beside all that he has exclaimed in the many years since he left the Presidential office, he has criticised current President Kolinda Grabar-Kitarović for having removed the bust of Broz Tito from her office and openly and publicly aligns himself with the Partisan legacy.

Could we look any further than this man as a shining example of the UDBA Matrix strategy in full flight?

Everything we read as to the political moralist views of elected officials in Croatia, often with disgust, points to this master plan, the concealment and perpetuation of a regimes offspring, their livelihood and protection of their elitist status earned through the liquidation of the Croatian middle class after the conclusion of WW2 by their illiterate sadistic totalitarian Bolshevik forefathers.

If you truly love your country, then don’t just sit there having read this, look at the false reality they have created, look across from where you sit at the false flag they created depicting the GRB of King Peter of Serbia’s family coat of arms, and ask yourself, do I continue as a part of this dream, this Matrix? Or do I stand up to be counted and call for Lustration?

Your choice of pill my friend.