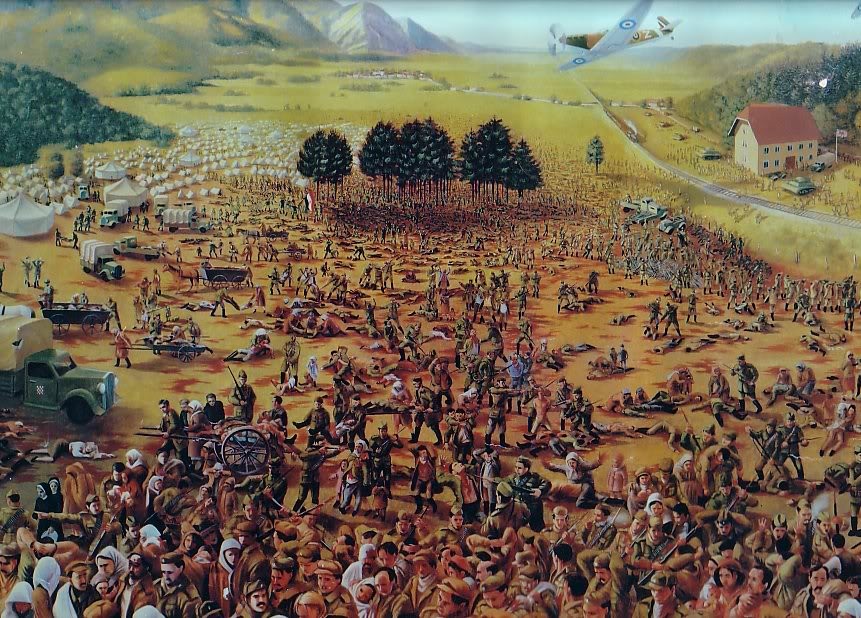 Since the dawn of humankind, history has been written, crafted and managed by winners. This unwritten law, that rightly or wrongly has been a feature of the human mindset since the first caveman decided that his own account of the mammoth hunt was going to be the official one, remains a mainstay of modern political life, writes Branko Miletic.

The premise of victors dictating historical events after the fact is nowhere more manifest than in the Balkans.

The Serbs for example have developed a veritable cottage industry in self-victimisation and have used their artificially created victim status as an excuse to commit appalling human rights abuses against their own minorities and neighbours.

Therefore it is a bit of a mystery why this attitude is not copied at least by the modern Croatian state that paid for its independence in blood and tears in 1991.

After all, it was Croatia that in the end won the war over their Serb occupiers. It was the Republic of Croatia that entered NATO as an equal partner and integral component and it is Croatia that today is looked upon as part of the West or as we are constantly reminded by our media, as one of the winners of the Cold War.

Most would then assume that this country would be objectively and accurately reporting and celebrating its real history.

Yet this same Croatia seems unwilling, unable or even perhaps even incapable of officially recognising the Partisan killings of Croatian ex-soldiers and civilians that began in the Austria border village of Bleiburg in mid-May 1945 and finally ended in the northern Serbian town of Pancevo some 7 months later.

Part of this is due to two factors. One is the issue of the historical oxygen suction machine that is Jasenovac- a WWII Ustashi-run camp whose death toll ranges from 20,000 to upwards of ten times that much, depending on who is telling the story.

Regardless of the full story behind this sad place, Jasenovac has controlled the post-WWII socio-political Croatian narrative for the past 70 years and has been effectively used as a blunt instrument to beat Croatians down – politically as well as physically.

The second issue is the nature of the political class that has run Croatia since 1991.

Regardless of whether they are in the HDZ or SDP, that clique is best described as a motley collection of Euro apologists, neo communists, ex-UDBA killers and Yugo fantasisers that has neither the spine nor the inclination to rebalance history or to recalibrate decades of propaganda that has coloured the collective modern Croatian psyche.

If this political class ever does anything, it is usually for the purposes of politicising some issue it finds useful for its own political gain, which is, certainly not the Bleiburg massacres.

The name Bleiburg has become the collective noun describing the massacres perpetrated by Tito’s Partisans that resulted in the death of up to 300,000 people.

It is estimated that two-thirds of these were Croats. And from those 200,000 victims, it has also been calculated that anywhere up to 20 per cent or some 40,000 people were non-military personnel – i.e. civilians.

As Croatia’s Cardinal Bozanić said in his speech in the actual village of Bleiburg in May 2007, “the Croatian nation has the right to know the truth about the suffering of their own people in Bleiburg and on their subsequent Way of the Cross, where mass crimes were committed with the knowledge, consent and order of the top officials of the ‘democratic’ Federal State of Yugoslavia led by the supreme commander of the Yugoslav People’s Army, the first secretary of the Communist Party of Yugoslavia and the president of the ‘democratic’ Federal State of Yugoslavia – Marshal Josip Broz Tito.”

So the question remains, why there has been no official, government-led recognition of this horrendous historical event in Croatia itself? After all, Croatians now have the ability and opportunity to write history their way, in their own words and through a purely Croatian perspective.

It is also hard to explain why Croatians in the Diaspora, some of whom have the financial and networking means to push or even plan an official, Croatian-based memorial for the horror of Bleiburg choose not to do so.

Perhaps it is apathy, ignorance or maybe even a touch of shame at the scale of the killings, but regardless of the reason, it does the Croatian people no favours by playing this event down or ignoring from a government perspective.

In most other countries, such a tragic and traumatic event would be officially recognised and commemorated in a solemn, respectful and non-political fashion.

This year marks the 72nd anniversary of the Bleiburg slaughter and there is no indication whatsoever that the Republic of Croatia will mark this event with anything more than perhaps a passing comment in the Sabor.

If the Bleiburg tragedy was part of the historical narrative in any other country like Australia, the UK, US, Canada or even the Ivory Coast, there would be a state-sponsored monument, a solemn commemoration, an annual wreath laying ceremony at an official monument or site and in-depth media coverage and analysis.

This did not happen in Croatia last year or this year, and will not happen next year, the year after nor in the foreseeable future.

It would be glib to say that those who forget history are doomed to repeat it, but it would be equally as reckless to allow a morose Croatia political system to hoodwink a new generation of Croats growing up in a free, independent and democratic Croatia into forgetting the sacrifices that their forebears made well before the first shots were fired back in 1991.