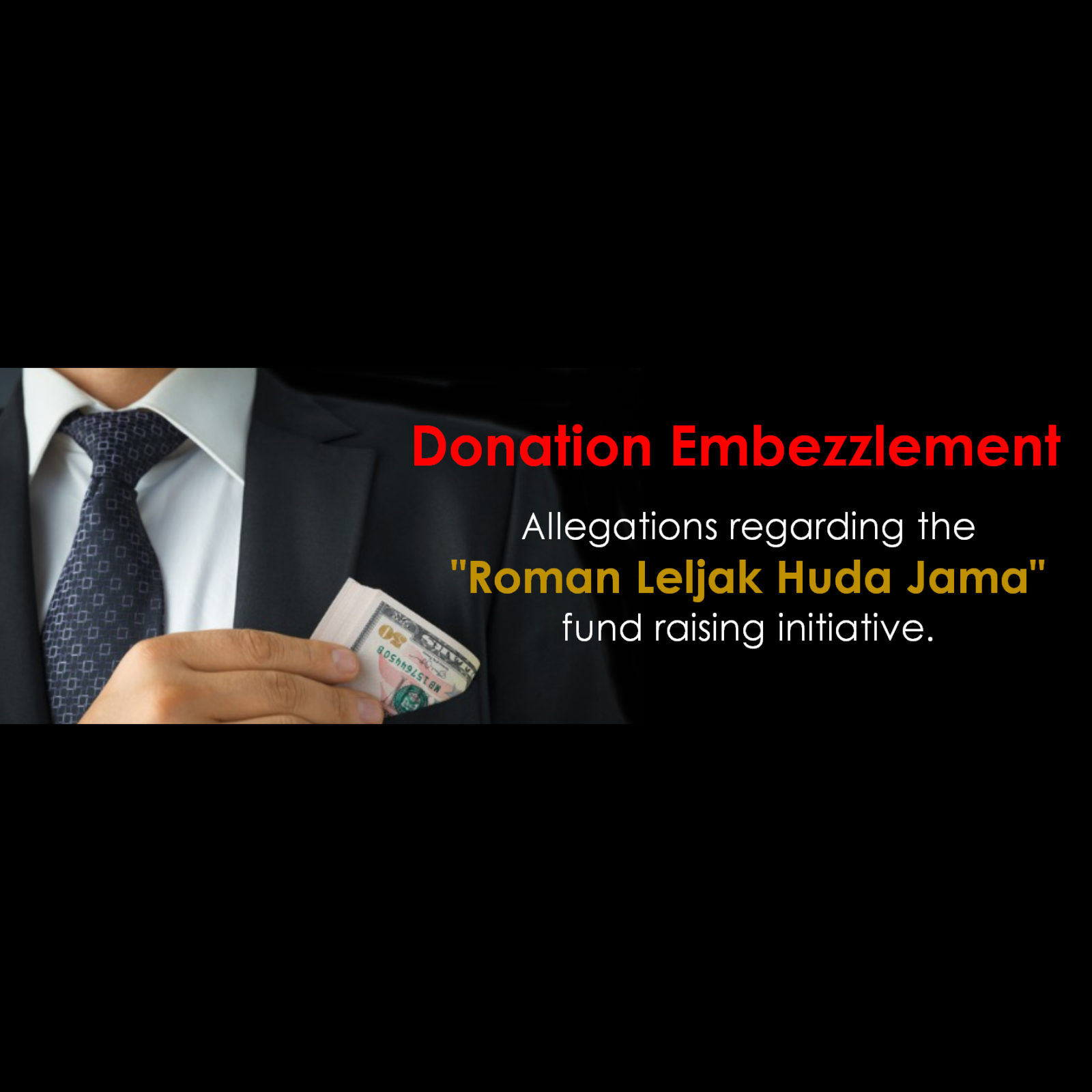 It’s with a heavy heart that I write this.

It has come to my attention that a campaign is being prepetuated accusing me of having set up the Huda Jama fundraiser on “Go Fund Me”for my own personal gain by person or persons privately contacting people across social media platforms.

I have previously also been advised, that other projects I have been involved with, which attempted to rally support for Pro-Croatian initiatives, have also been attributed as being personal money making schemes I have concocted.

In the past, I have turned a blind eye to these rumors simply because if this was so, I would expect them to be made public to which, as I have always stated in private, I would ask them to nominate 3 individuals as would I, and have the evidence contradicting such allegations in the form of transactional accounts and associated documents submitted to the independent nominees to verify there was no misrepresentation nor misappropriation of funds I helped raise.

It saddens me that people would have the gore to suggest this to be the case in my previous endeavors, or on this occasion, that there would be any impropriety on my behalf, especially on the back of the tragedy to which this campaign is connected.

So that everyone is aware of the gravity of these slanderous allegations being made on me personally, readers should take the following into account.

I am employed by an Australian business which is ultimately a division of the Mitsui Sumitomo Banking Corporation of Japan, any allegations of fraudulent financial activity would have serious repercussions for me being considered liable and legally a defamation of character both personally and professionally.

All previous initiatives I have been a part of have detailed transactional proof of completion and acknowledgement from the beneficiary parties they were st up for, as I mentioned I am always prepared to exhibit these to an auditing representation of peers nominated by my accusers and myself for public verification.

It should not come as a shock that in each instance, I have personally covered financial shortfalls on these projects from my own pocket, yet, I continuously hear rumors on social grape vines to the contrary. I have even been advised of public comments made in cafe’s in Zagreb to that effect.

This campaign was set up using “Go Fund Me” for a number of reasons.

#1 All donations are made on an independent platform

#2 ALL donation amounts, and funds raised to date, are transparently displayed

#3 Roman Leljak is a campaign member with full access to the administration of the campaign on line.

#4 Roman is the listed nominee who has full control of any withdraw of the funds to an account he nominates which in this case if the Huda Jama Udruga with its bank account listed in Zagreb.

#5 I am not a nominated person able to withdraw nor transfer funds.

The following Screen Shot from the platforms administrative page will verify the above, additionally, although I have blanked out Roman’s email address on the screen shot for privacy reasons, there is no stopping anyone from contacting him and verifying all the above information regarding the fund raiser, and administrative privileges are correct.

If people have a personal dislike of me, it does not warrant accusations being made to discredit me personally at the cost of this campaign to do something positive. I’m happy for anyone reading this that may harbor ill feelings to stand up and undertake an initiative which has a sound foundation to bring about justice.

But to character assassinate me and suggest that I am in this for personal gain by manipulating a scenario of sympathy for the hundreds of thousands that lay in mass graves, and the man who is Roman Leljak fighting for their and our justice is pathetic.

This will be the last campaign I will personally undertake, at the end of the day I stand with a clear and unwavering conscience, but I have to question why as a people we no longer come even close to what our forefathers were in the sense of being unified, focused and collabrative.

We have become our own UDBA. For those that still have faith, I ask you support this campaign and Roman, “Not me” via the following link.