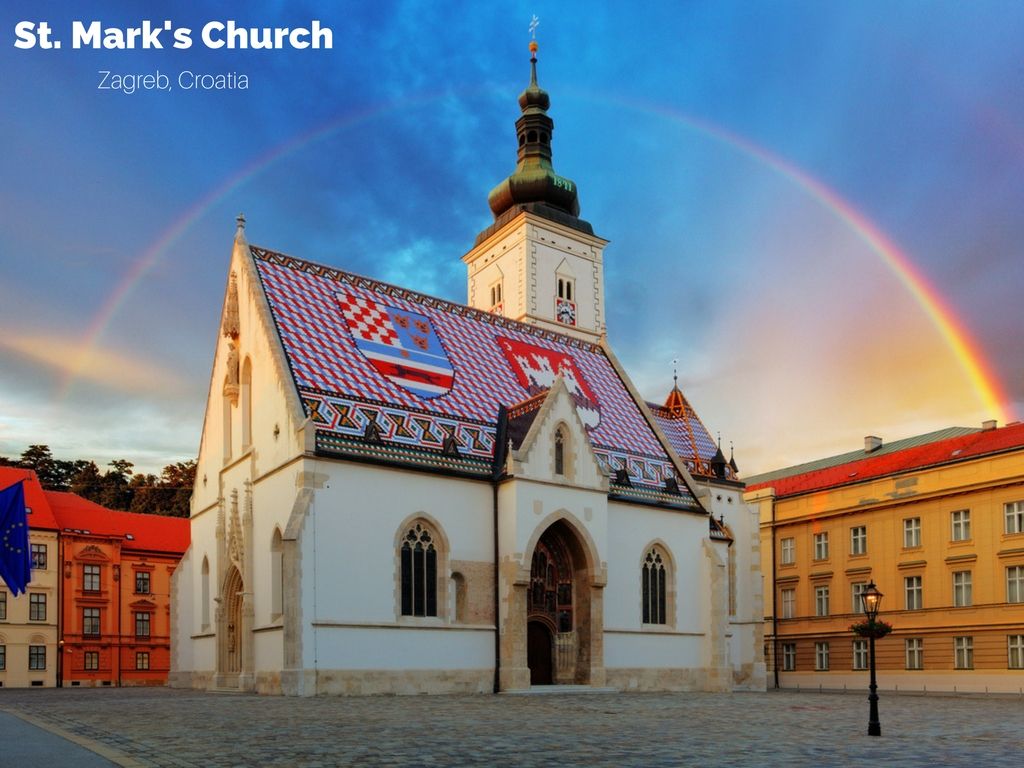 History of the Croatian Coat of Arms – Povijest Hrvatskog GRB

There is only one true flag, one true Grb one true and whole Croatia, In memory of my friend Charles Michael McAdams

The Hrvatski Grb, its origins and subsequent transformation.

Charles Michael McAdams wrote in depth about our GRB, for those that are not familiar with him, he visited Australia circa 1986 and I spent time with him as a guide during his lecture tour of Croatian communities in Australia.

His passion for Croatian’s, our homeland and the pursuit of truth and liberty inspired me, and his frank, private and open discussion with me as we walked down Collin’s Street on one occasion, followed by discrete ASIO agents some steps behind and most probably SFRY operatives as well, opened my mind up in so many ways. For those who may not be aware also, his mother was Jewish.

I digress, this is not meant to fester an ongoing political argument but rather present the truth as to how the GRB transitioned over time from starting with 13 white and 12 red segments to the reverse number and configuration.

First, to place some credibility behind Charles, his bio reads as follows. Charles obtained a degree from the Jesuit University, John Carroll University in Cleveland , where he received a certificate in Soviet and Eastern European Studies. He later went on to study comparative political and ideological science at the University of Colorado and the University of San Francisco .

After completing his course for a doctorate in 1979 , he became director of the campus of the University of San Francisco to Sacramento, where he remained until 2000, and retirement. He wrote some incredible works such as

So, what he had to say about the history of our GRB, as follows my waffle here, after considerable historical research is something I believe people will have little chance of refuting. I have added reference images that show the points relating to Charles’ points also along with a photo of him. I would also like to draw everyone’s attention to the last paragraph and what he learnt regarding the patriotism of U.S. Gi’s with a Croatian heritage during WW1

Charles died in 2010, and this post is in his memory, a patriot of the Croatian People and a force in our recognition as a nation. 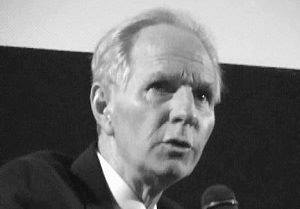 The Hrvatski Grb or Croatian shield is one of the oldest national symbols in Europe. The true origins of the Grb have been lost to antiquity. Croatian mythology once said that King Stjepan Drzislav who ruled Croatia from 969 to 997 defeated a Venetian prince at chess to maintain Croatia’s freedom. In fact Venice was defeated by Croatia in a sea battle in 887 and was forced to pay tribute to Croatia until 1000.

There are many other myths regarding the origins and the exact design of the shield. Many scholars believe that the Croatians originated in what became modern day Persia or Afghanistan where they were mentioned in the cuneiform inscriptions of the Persian King Darius the Great (522-486 B.C.E.).

The design of the Grb, red and white alternating fields, may have been related to the ancient Persian system linking colors with direction which gave us such terms as the Red Sea and the Black Sea. The terms White Croatia and Red Croatia for western and southern Croatia were still in use well into the eleventh century.
Silver seems to have been interchangeable with white throughout history.

The oldest known use of the Grb in Croatia is to be found on the wings of four falcons on a baptismal font donated by King Kresimir IV (1056-1073) to the Archbishop of Split. The Grb was used on document seals from the fifteenth century and can be found dating from 1490 in the cathedral of Sinj and a church on the island of Krk. Although the Grb is usually in its classic five-by-five form, there are numerous variations in history.

One example is the charter of the Croatian Sabor or Parliament dated January 1, 1527 displays a shield of sixty-four fields. Perhaps best known to Croatians and tourists alike is the roof tile design of historic St. Mark’s church in old Zagreb incorporating the coat-of-arms of the triune Croatian Kingdom and the City of Zagreb. St. Mark’s was built in the thirteenth century and beautifully restored between 1876 and 1882.

Croatians have debated for generations whether the first of the twenty-five fields should be in white or red. Historically, red was more common for Croatia proper while white was more common in Bosnia. For most of Croatia’s history both versions could be found. Prior to the revolution of 1848 red was most common.

In 1848 the design was codified with twenty-five fields beginning with a white field. The Grb was incorporated into the state arms of the Austro-Hungarian Empire, as can be found on the beautiful coinage of Empress Maria Theresa. When the Kingdom of Serbs, Croats and Slovenes which would become Yugoslavia was formed in 1918, the first field reverted to red. King Alexander Karageorgevic ordered the Yugoslav coat-of-arms and his personal arms to incorporate the Grb, red field first. 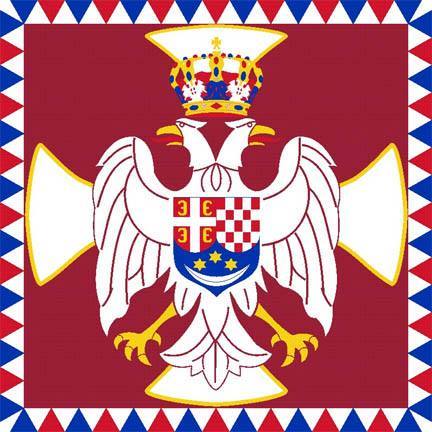 It is ironic that those who called the Grb an affront to all Serbs were unaware that it was superimposed on the Serbian double-headed eagle by the last Serbian King and remained there throughout the life of royalist Yugoslavia. Even in exile the Serbian would-be royalty continued to use the Croatian coat-of-arms as a part of their royal seal.

Following years of struggle for greater autonomy, Croatia became a semi-autonomous Banovina in 1939. The Banovina retained the Grb, red premier field and added a Crown above the shield. The Ustasa regime of World War II changed the first field to white and replaced the Royalist crown with a “U” for Ustasa above the shield. When the Partisans emerged victorious in 1945 they introduced a Soviet-style coat-of-arms with the usual sheaves of grain surmounted by a red star.

Prominently in the center of the shield was the ever-present twenty-five field Grb with the first field back to red. It was the Communists who first insisted that red and only red could be used. At one time it was a crime to display the Grb with a premier white field. Whether through error or intent, the last Constitution of the Socialist Federal Republic of Yugoslavia adopted in 1974 displayed the arms of Croatia with a white premier field!

To emphasise the history of the Croatian coat of arms and its accepted configuration prior to any Facsist WW2 conetations, we need only look at the Church of St Mark in Croatia’s capital Zagreb.

In the second half of the 14th century, the church was radically reconstructed. It was then turned into a late Gothic church of the three-nave type. Outside, on the northwest wall of the church lies the oldest coat of arms of Zagreb with the year 1499 engraved in it (the original is kept in the Zagreb City Museum).

On the roof, tiles are laid so that they represent the coat of arms Croatia, Zagreb (white castle on red background) and Triune Kingdom of Croatia, Slavonia and Dalmatia. This roof has stood for some 600 years and was never modified by either the Government of the WW2 Independent State of Croatia, nor by the communists post 1945, it is the true indicator as to the legitimate Croatian coat of arms.

In May 1990 when democracy was restored, tens of thousands of red, white and blue flags with the ancient Hrvatski Grb appeared from hiding places to replace the red star of Communism. The new Croatian government retained the traditional Croatian shield, red field first, with a five-pointed crown representing the coats-or-arms of five of Croatia’s historical regions.

The flag and coat-of-arms pre-date the arms of many European states and were in common use when Columbus set sail for India only to bump into America along the way.

This is the proud reality of the Hrvatski Grb.