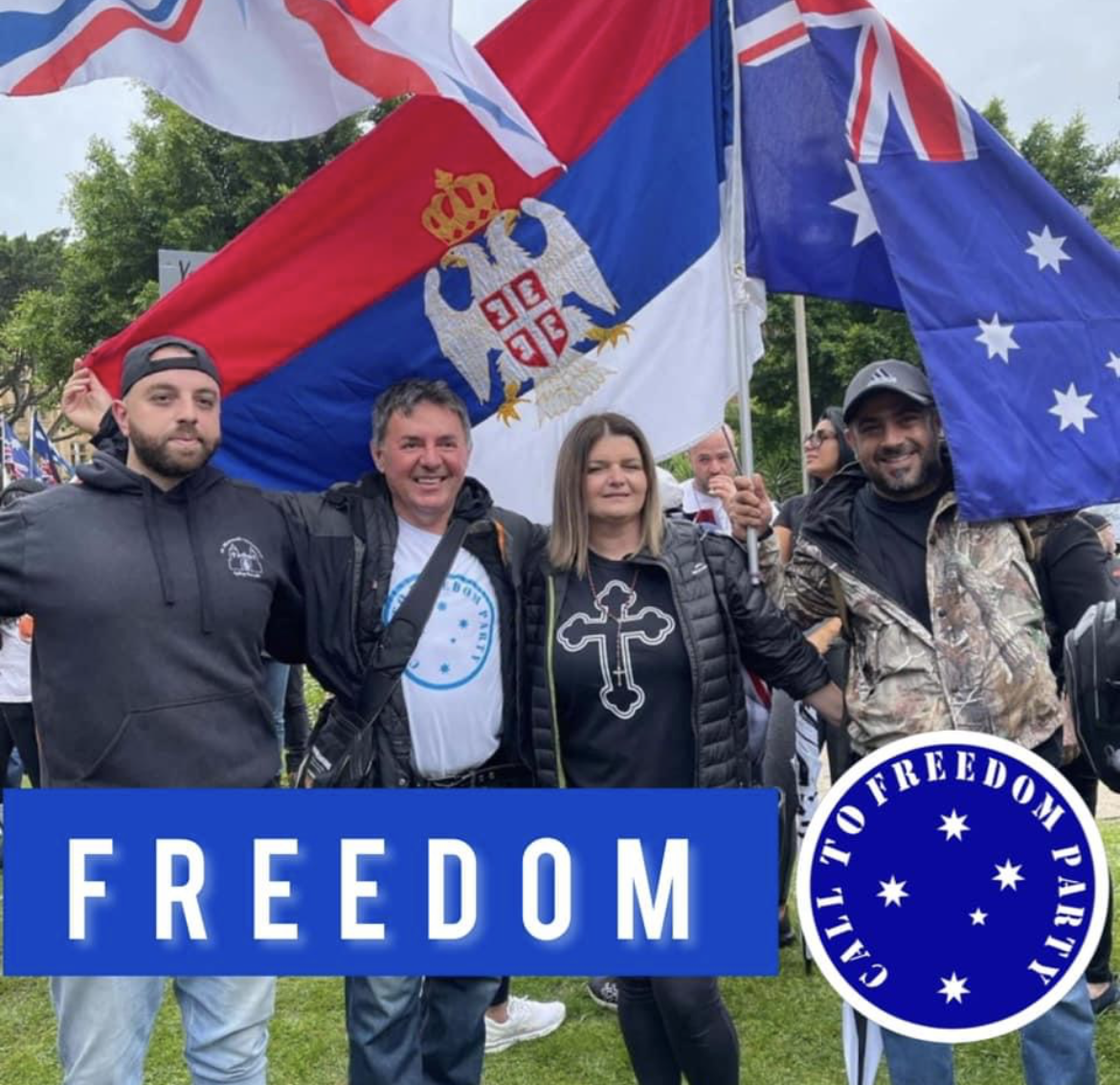 Following on from my last piece, which seemed to have had delivered little if any inspiration to readers, apart from labelling me a ‘pro-vax and anti-freedom movement champion attacking the rights of many” as I was advised, the following attempts to lend some more credence to what I was attempting to actually convey.

The intent of my last piece was to bring to readers attention  that while their association and participation in the current wave of protests may well be their right, just as it is my right to voice my opinion depending on my stance, there were matters that are just as important to me as they are to other Croats in this country which lurked in the shadows.

If you are part of a movement, civil or political, there are aspects that you as the reader will agree with and those that you will not agree with regardless of which political party you voted for at the last election, but if you are not informed about certain policies, or unaware of the intentions of key individuals, and cannot make an informed decision, is it fair to say that as a logical human being you will hear them out when presented and formulate your own stance?

Or should we all just bury our heads in the sand and blindly follow, or even worse, turn a blind eye because the party’s stance on matters that immediately concern you suit your narrative?

In a democracy, the debate around policies, and especially representation of a party or movements members, must be balanced across a broad range of topics. Personal hidden agendas and ambitions take a back seat, and, in this democracy, many have fallen foul as a result.

So, a question, is there anything I have stated so far that is incorrect? If not please read on.

The title of this piece is titled “Freedom at what cost?” for good reason because while as I have stated, each person has the God given right to follow whatever political party or civil movement they believe in, the question must be posed, is your support of the freedom movement / party representative of not only your current beliefs regarding the civil liberties Australian citizens are being denied, but in the longer term, worthy of your vote or support should they win places in the house or senate on a range of other issues.

What if the leadership of this movement, soon to be a potential political party, had very contradictory beliefs that would become the basis of some of their policies? What if your multicultural background, and the flag you so willingly fly in mutual support at rallies and protests, was later challenged, or associated with falsehoods based on that party’s policies, or the leadership of that party’s personal beliefs and agenda?

It is a bit like the workers aspirations when Lenin first took the soap box and listened to his words, unfortunately things didn’t work out to be as utopian as they had hoped for.

Ok, so I’ve given you all some food for thought that you may relate to and hopefully concur with, so now let’s put some context to them in light of current affairs.

In my last shout out to you all, I mentioned Mr Simeon Boikov, the Aussies Chetnik Cossack who also made video where he says he wanted to ‘rape 300 Croatian mothers’. If you missed that Kodak 8mm moment, here’s a recap of the clip.

It’s now time to put two new organisers of the ‘freedom march’ in the spotlight.

Enter Mr Milan Maksimovic, a self-proclaimed political candidate and leader of the “Call to Freedom Party”

Now so as to be fair, Mr Maksimovic is of Serbian heritage, and personally I don’t hold that against him, he was born into a culture just as I was born into a Croatian culture, live and let live, except when the picket lines are crossed.

He and his Chetnik buddies have delusions of being proud members of the WW2 allied forces, so much so that he has personally voiced his support and called upon the Victorian Police and RSL to apologise to them after they were banned from marching in 2019.

The man has beliefs, that’s fine, but here’s a question, when it comes time for his stand in local government, state, or even federal government, what will be his stance? Are we to assume that he will be the righteous politician who looks at a situation and takes all his constituents, and for that matter, country men and women’s concerns into account, who strives to find the truth to issues and misjustices, and takes the high moral ground on them?

The Chetnik issue was a watershed moment for Mr Milan Maksimovic, regardless of his ethnic heritage and he failed, failed so badly that he even utilised the services of another well-known social media identity Mr Avi Yemeni.

It goes without saying that Avi is not only charismatic, confident and a favourite among the masses, even I’ve liked some of his views, but for all his positive attributes I’m stunned by the fact that Avi has one major flaw among most probably many, he doesn’t investigate the facts because he’s gone so far down the rabbit hole that he relies on others “factualism” instead.

Maksimovic posted a link to Avi’s pod cast, social media post, whatever you wish to call it some 5 days, as he states, after the 2019 ANZAC day fiasco, urging his faithful to read an article written by Morgan Johansson.

(Sorry if you are reading this Avi and I got it wrong, I couldn’t find the link, and for that matter the clip, but luckily Mr Maksimovic had it on his face book page)

Avi went on to state how Morgan is a straight shooter, and an Aussie who speaks common sense, who at times even calls Avi and sets him straight (Part of a very select group I’d say, I tried reaching out to Avi some time ago, he read the message and ever since it’s been tumble weeds and crickets)

Avi was outraged by Morgan’s revelations stating that the victims, are not a protected minority, (excuse me while I clear my throat) that they are allies, allies who bled not only for themselves but for us (Australians) and were denied their participation in the march by what Morgan uncovered regarding two Croatians who took credit for it.

Avi goes on to state the reasoning for the ban and I encourage you all to watch the embedded clip below, but what is fascinating are the words Avi uses toward the end, let me quote.

“Let’s stand behind the Serbian community, and those hero’s that must be respected, and they must be respected here in Australia, and any scum bag that thinks that they can, you know, desecrate their honour, should be called out and given no legitimacy. “And if they have been given legitimacy by the RSL, or Victoria Police, they must be condemned as well”

Let me just pluck the last line out and repeat it “And if they have been given legitimacy by the RSL, or Victoria Police, they must be condemned as well”

I agree, and it’s a two-way street Avi, and I wonder if you would use that same line if you were proven wrong by not just me, or another Croat, but by the Australian Government, the WW2 Allied command, British Government, U.S. OSS and a host of other real time, real life, participants at the time. Are you up to that challenge Avi?

To put all this in a nutshell, 3 of the 5 organisers of these ‘freedom marches’ are either Serbian Chetniks (Maksmimovic), allies of Serbian Chetniks and equally viscous Croat-haters (Boikov) or good friends with both, and also Serbian Chetnik supporters (Yemeni).

I’m not sure that any self-respecting, patriotic, and decent Croatian – regardless of their stance on vaccine mandates – would want to be anywhere near these types of people who spit on the Croatian name, hate the mere sight of Croatians and wish the Croatian people harm.

So, the reason behind this rant today is that it follows on from my last rant regarding Mr Boikov and how some naïve and unsuspecting members of the Croatian community have in some instances embraced these characters due to their civil stance and in the name of “Freedom.”

While I have a degree of sympathy on the topic of civil liberties, the question that has to be asked is , will anyone pull up these characters and ask them, “What’s your stance on these other issues? Issues that concern me, issues that imply my Croatian heritage is in disrepute, and what will the long-term outcome be if I do support you or stand by you as you attain greater celebrity and prominence?”

Is this type of ‘Freedom’ worth what you are willing to pay?

5 thoughts on “Freedom at what cost?”