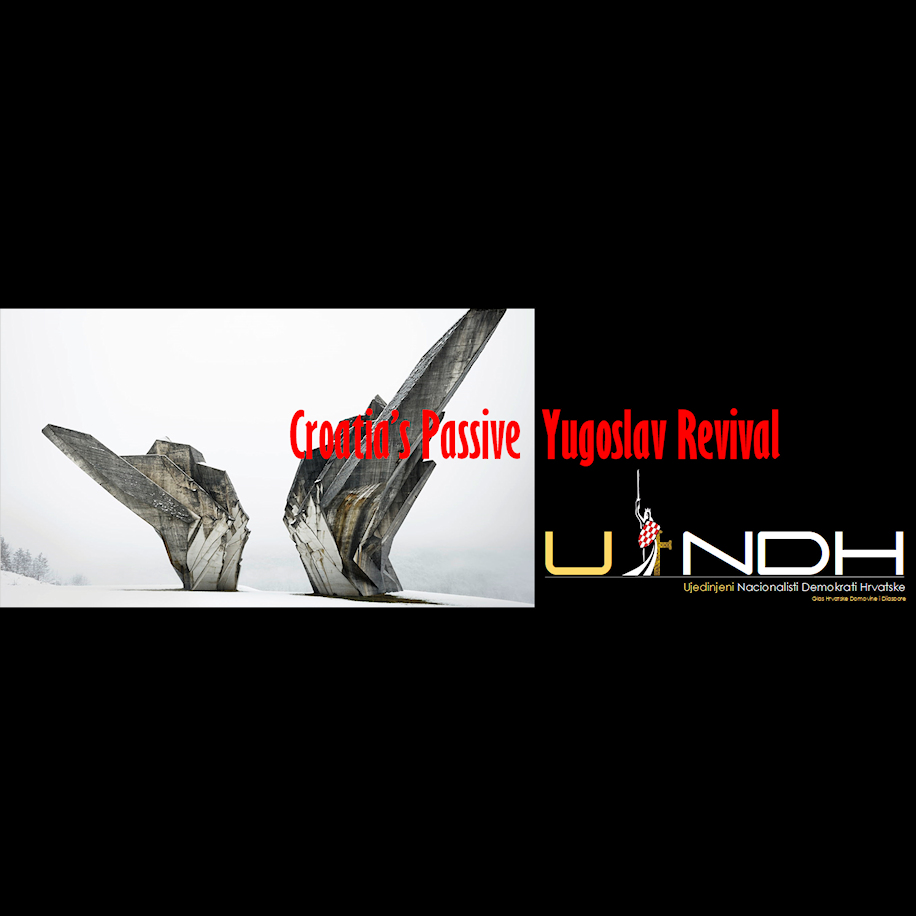 When we contemplate the aftermath of the Homeland war and what transpired, we tend to turn and hang all the issues we observe from afar and blindly try to pin the tail for all these woes on some phantom UDBa donkey, a secret society of ex-communist secret service agents and their offspring who work in a dark web of collaboration with their counterparts from all corners of the former Yugoslavia republics, but in key, those from across the Drina.

The reality however is that while there is symbiosis with regard to what may be happening outside our reduced borders in these other nations, the overall mindset is most vastly different.

Within Serbia, and for that matter in its Diaspora, a strong resurrective mindset is taking place where nationalist rehabilitation of the Chetnik mantra leads the nation toward a collective mindset which will inevitably peak much like it did at its height in recent times such as 1991-93.

I have come to the conclusion that Serbia has no intent nor interest in forming Yugoslavia 3, what it is waiting for however is civil unrest in adjoining regions such as BiH and Croatia (minor) so as to have some justifiable reason to the remaining world observers that it was correct in its intentions of 1989-95. That Serbian minorities in these regions were akin to other ethnic minorities and that those lands basically belonged to no particular region.

That any intervention it may take would be purely to protect its people in those regions where they constitute or constituted a majority.

So how best to achieve this?

The Croatian case at hand cannot be attributed to Belgrade, nor to a Pupovac or any of the other remaining minions, any actions remarks or interjections they take are purely opportunistic I’m sorry to say. Anything they might try to conspire to achieve within the proper function of an independent state, its constitution and seat of power would be a monumental effort with little if any chance of success if it were planned, let’s just call their participation what it is speculative opportunistic manipulation

That said however, insertion within a spat of internal political unrest so as to influence legislator and bring disunity, debate and dis-function between political opponents is achievable, and I believe that is exactly what is taking place.

Think for a moment, take a countries political seat, marginalise the general population along lines of racial heritage, religion, divide opinion with regard to the countries legitimacy in its own struggle  for independence, criticise that achievement and in particular marginalise those who achieved it and how, and finally add its membership in a leftist progressive regime in the form of a EU that dictates its laws and economic capacity and you create dissent among the ranks and an awfully good shit sandwich for everyone to chew on.

Help it fester along using every possible angle of attack and dismantle it from the inside out until a state of anarchy arises and you have a situation in central Europe much akin to what we have seen for decades in the middle east.

When the time is right, you march in under humanitarian flags, and support from your assumed brother bears in Moscow who along with the Chinese sit on the UN security council and would never veto you for doing so, and then section off areas to add to your greater territorial ambitions while all the time showing the rest of the world the bird and stating “I told you so”

Croatia’s dilemma is not based on external factors as much as it is on its internal, those external factors could be extinguished much as we see them being so in regions to our immediate boundaries through a revived faith in nationalist values. Trump’s narrative to European democracies over the past many years has been to embrace nationalistic pride as the compass in navigating, what to many ,and particularly myself, is the formation of a 4th Reich in the form of an EU.

Croatian politicians have only one short cited view, that being in regard to their tenures, and that is they wont be in the game for long, Kitarovic, Plenkovic, those that have come before them and those still to emerge out of the cesspool only look toward their own longer term ambitions. Those ambitions within EU sponsored appointments outside of the Republic and the promise of such dictate how they manage and steer the nation, nothing less, nothing more.

Our politicians, to use a western analogy are the social political outcasts trying to ham it up to the in-crowd and jocks on the EU political campus.

I read only a few days ago how a 3rd Yugoslavia was in the interests of major EU members such as France, Germany and the UK, to be honest its not a Yugoslavia they want, its more likely that they want stronghold EU to have, a very soft outer transitional zone particularly along their Eastern front, or as they call it, “The Balkans” inclusive of Croatia.

When we sit back rationally therefore, and think this through a bit, those that have been leading us for the past two decades in particular are in reality passively instigating a Jugoslav revival within our borders, its not anyone else doing it to us, its us, and any influence from the outside, apart from the EU who are no better than financial narcotics dealers, are speculative opportunists.

If the moral and cultural fibres of who we are can be dismantled from within, then we will eventually dissolve into the EU slurry of collectiveness.

Our UDBa and KOS are our own, there is no collaboration with akin arms of those bodies from the past residing and operating in adjoining regions of the former Yugoslavia, and we need to stop kidding ourselves. Any resemblance or collaboration between the former comrades of those organisations across 20-year-old borders have now extinguished and are in operable as each element has been absorbed into each mutual states secret service networks.

The road to enlightenment starts with self-enlightenment, the Buddhists are onto something here, but to achieve that we need a nation of some 4,000,000 to realise, and equally a Diaspora of equal or greater to do the same.

Croatians today are scared of a Nationalistic Right, and I don’t mean a fairy-tale centre left HDZ, but a real right because they fear that what will arise is the equally fairy-tale like NDH which has been demonised by post WW2 communist historical revisionists to the point that our people are intoxicated with fear based on the stories and tales concocted over the past 70 years.

There will never be an NDH again, but that doesn’t mean that what came before it and was its catalyst and essence can’t be reignited. NDH v1.2? Well yes, but not as we know of it truthfully or fancifully.

And before anyone attempts to demonise me for these remarks, think back to the fur capped unshaven ones on the other side of the river, rehabilitating themselves and Serbian national pride at the same time, criticise them before you cast the first stone my way.

So sit back if you will, happily discussing your next holiday after COVID19 passes back in the motherland, but remember this, the Croatia you know is undergoing a passive Yugoslav revival where the importance of your cultural makeup and history play no part in the political hierarchy envisage it in the future.